Where Do People Prefer Keeping Their SQL Backups?

Have you been asking yourself what kind of storage is the most appropriate for keeping your database backup? While there is no 100% perfect answer, in this blog post we are going to share with you some statistics that may help you in this matter.

What place is the most popular to store the database backup?

Probably it will be interesting for you to know where SQLBackupAndFTP users store their backups. Let’s start with the most popular storage place.

65% of users store their backups in Local and Network Folders

Yes, the majority of users still keep SQL Server backups in some local and network folders. Of course, it is the fastest way to transfer the backup especially if it’s huge. We don’t know though how many of them keep their backups in a network folder, but we believe that many of them might be tempted to keep backups on the same machine or even the same disk. It’s convenient for temporary backups, but for regular database backups, we strongly encourage users to store their backups on other machines or clouds.

Video below shows how easy it is to backup SQL Server to Local or Network Folders using SQLBackupAndFTP:

23% use FTP to store database backups

The next popular place to store SQL Server database backups is FTP Server. Yes, the good old FTP is still alive and kicking. You can create an FTP Server on any computer in your local network or even subscribe to some inexpensive hosting and send your files there. It has at least one advantage over the network folder: due to more clear connection and authentication processes, you will not get that weird “Shared folder is not accessible” error.

Take a look at the following video to learn how to backup SQL Server to FTP Server:

Amazon Simple Storage Service also known as Amazon S3 is secure cloud storage with a simple web interface and about 8% of our users backup SQL Server to Amazon S3. Amazon Simple Storage Service allows you to store any amount of data from different sources on the web. As far as pricing is concerned, you pay-as-you-go, i.e. you pay only for the storage space you use, there is no minimum fee or any setup cost. The price depends on the region, let’s say if you select US East (N. Virginia) the price will be the following:

Below is a short video tutorial explaining how to backup SQL Server to Amazon S3 with SQLBackupAndFTP:

If you’re a fan of Google products then you probably already have experience using Google Drive to store your database backups. If your SQL Server database isn’t big then you can store it in Google Drive even for free as it provides a free plan with 15 GB of online storage. But if you decide to upgrade to the paid plan it seems to be cheaper than with Amazon. For example, 1 TB of online storage in Google Drive will cost you just $10/month, three times cheaper than in the case of Amazon S3. 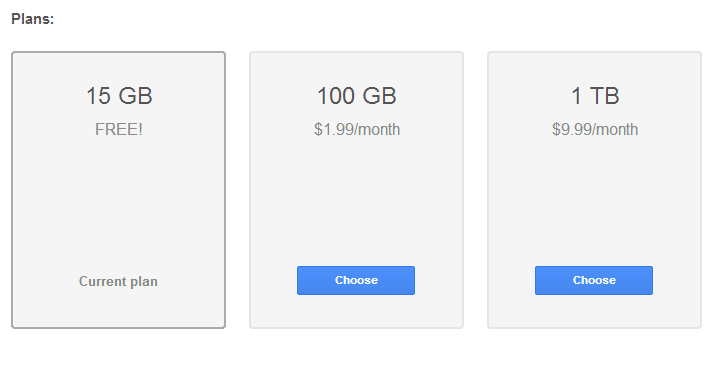 Here is the short video tutorial to help you understand how to backup your SQL Server databases to Google Drive:

5% use DropBox to store database backups

Dropbox is almost as popular as Google Drive among our users. From the very beginning, Dropbox gives you 2 GB of free space. But 1TB comes even cheaper than offered by Google. It has other plans too:

The following video explains how to tune SQLBackupAndFTP to send SQL Server database backups to Dropbox:

1.5% use OneDrive to store database backups

It’s interesting that though Sql Server belongs to Microsoft’s technology stack only 1.5% of our users use OneDrive to store their backups. We see that Microsoft still struggles with tough competition in this market. Probably because the largest plans come along with Microsoft Office 365 subscription and without the subscription OneDrive provides 50 GB at most:

To set OneDrive as a place where your SQL Server database backups will be stored, please watch the following tutorial:

0.7% use Box to store database backups

Box is another cloud that is not so popular among SQLBackupAndFTP users. It also has a free plan providing up to 10 GB of free storage space. Unfortunately, you cannot upload files over 250 MB in size, so it is not convenient for storing SQL Server backups unless you upgrade your account to Pro. If you want to store your SQL Server backups to Box, here are their subscription plans: 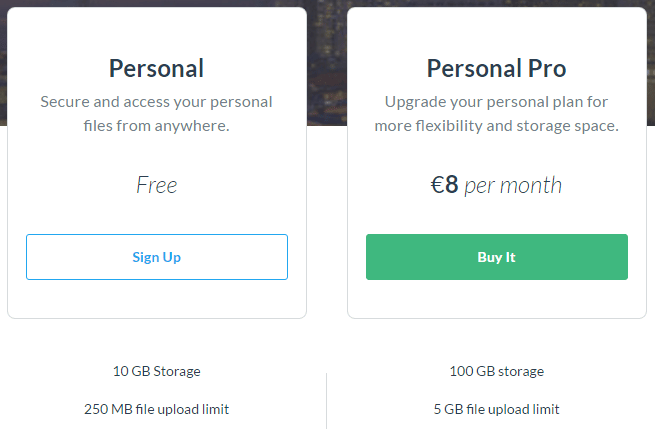 The following video shows how to backup SQL Server to Box in just 2 minutes:

Another Microsoft product that is used by only a tiny fraction of SQLBackupAndFTP users is Azure Storage. If you are interested in storing your database backups to Azure Storage here are their prices:

If you are thinking of using Azure Storage as a place to store your backups to, watch the following video on how to make it happen:

« How to Move SQLBackupAndFTP License to a New Computer / Server » What are the most common backup strategies?